An exciting product portfolio and career opportunities that transcend boundaries – a job at Swedish Match is unbeatable. 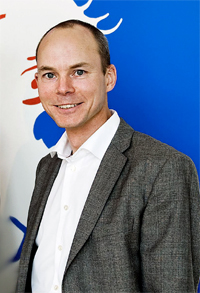 Lars Dahlgren wanted to learn about business from the ground up; at Swedish Match he was given that opportunity. He is currently the CEO and happily observes the growth of new talent in the company.

Lars, what does a day in the life of a CEO look like?
“Much involves taking decisions about complex issues that have been referred to me or to act as a sounding board. For example, I might have a meeting with one of our division managers to discuss trends during the latest period and operational issues. Later in the day, I may have a meeting with an investor to convey an image of our company and the performance of our respective product areas. The most stimulating days are when I am travelling and meet people out in the operations.”

Please describe your career for us.
“After graduation, I worked as a financial analyst, but within a year I realized that I wanted to learn about business from the ground up. The best way to do that is to work in an industrial enterprise. When Swedish Match was looking for a new assistant controller, I applied immediately. That marked the start of a dynamic journey. I was offered the position of CFO of our office in the Philippines. Following this and a spell at our London office, I worked again for a couple of years in the Group Finance function. In 2004, I took over from our then CFO here at head office and, later, when it was time to change CEOs, I was chosen to shoulder that role.”

You have climbed rapidly.
“Yes, which says a lot about the culture we have here – we look after people who are prepared to commit. My door is always open and I do not care where the idea originated. Recently, we were sitting in a production meeting talking about an idea when a younger colleague said that his friends would never buy the idea we were talking about. So it ended up in the wastebasket.”

Lars, are there any preconceptions about Swedish Match that are untrue?
“Yes, absolutely. Firstly, that we own a cigarette business. This was divested 11 years ago. Then, I think many people perceive the tobacco industry as conservative and middle-aged. At Swedish Match it is the complete opposite; we constantly strive to think in a youthful and innovative manner in everything we do.”

What are your future prospects? Will you need to recruit?
“Absolutely. Since Swedish Match is a company that invests in growth, there is a constant need to recruit skilled people.”