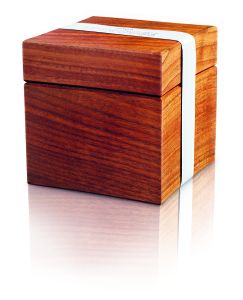 “The reasons why Kardus is called ‘the most expensive snus in the world’ are many,” says Conny Andersson, tobacco expert at Swedish Match. “The hand-picked ingredients are of the very highest quality and the authentic craftsmanship behind Kardus is in a league of its own.”

Swedish Match has released various versions of Kardus since 2005. Each vintage has a unique distinctive character and is issued in a limited edition totaling 500, with packaging that also exudes an air of exclusivity – Kardus is delivered in a hand-crafted cherry wood box.

Unlike traditional loose snus, Kardus is cut, which gives the snus its special aroma and flavor. Swedish Match Product Developer Lars Öberg developed this year’s recipe, which has a distinct Latin American character infused with tobacco and rum from the region.

“This year’s Kardus takes you on an exotic flavor journey, with hints of the Central American rum tradition and aromatic, high-quality tobacco from Argentina,” Öberg explains.

Kardus is sold by six carefully selected tobacco specialists in Gothenburg, Stockholm and Malmö. The package contains 100 grams of snus and is sold at a retail price of approximately SEK 450.